Last year in the UK, substantial changes came into effect with regards to pension payouts. At the age of 55 or over, you can now use your pension pot as you see fit - without the previous limitations based on the amount you have in it. Those who have retired can now choose to withdraw a large chunk of their pension in one go, if they so wish.

But this increased freedom which allows people to take greater control of their finances could spell disaster for some. As such, the choice between an Annuity and an Income Drawdown has never been so pressing. To help answer the burning question, "How can I benefit the most from my pension?", we explore the pros and cons of your pension pot options... 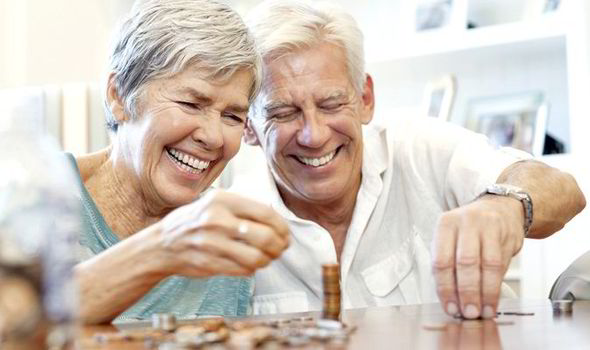 Working 8 hours a day over a long period of time can lead to a healthy pension pot come retirement. Even after you strip out the essential downtime taken up by weekends, holidays, and occasional sick days, the average worker bee will spend approximately 220 days in the office each working year. Multiply that by more decades than you care to remember, and it's easy to see where your nest egg grew from. But knowing how to make it last you can be tricky.

'People don't want to be kept awake at night worrying about their pensions,' explains Just Retirement expert Stephen Lowe. Once retired, many people want to be able to kick back and relax safe in the knowledge that they don't have to worry about financial matters. This leads to many people buying an annuity: in simple terms, this is a way to turn your pension savings into a reliable income which will be paid for the rest of your life. The amount you receive will be based on how much you, your employers and the government has invested into your 'pension pot' over the years.

In contrast, income drawdown (referred to simply as drawdown) allows those who have retired to choose and vary the income they receive from their pension pot every year. As such, it permits you to access your pension far more easily, giving you the freedom to withdraw an amount that you determine necessary depending on your changing individual circumstances. Highlighting the appeal for many pensioners, managing director of Portal Financial, Jamie Smith-Thompson, explains that with income drawdown, 'There is a flexibility in terms of the income you take year-on-year.'

But there are advantages and disadvantages to be aware of for both options. Let's take a closer look...

If you're still struggling to decide how best to invest your pension pot, allow us to guide you. Fill in the short form above and let us find you the best retirement income quotes. Don't forget that you can consider combining both an annuity with an income drawdown; this way, you can enjoy a lump sum of cash, safe in the knowledge that you have an annuity for long-term financial security throughout your retirement.

See also: Is Cashing In Your Pension A Good Or Bad Investment?